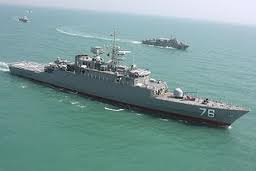 Shooting rampage in the heart of the complex of the United States Navy , on Monday ( 09/16/2013 ) , likely killing at least 12 people . One gunman was also killed , and police are still hunting two other alleged perpetrators wore military uniforms .

” As many as 12 people are confirmed dead after a shooting at the Washington Navy Yard , and a number of others were wounded , ” said District of Columbia Police Chief Cathy Lanier on Monday . The shooting immediately turn tightening security on Capitol Hill and the White House .
” Our big concern for now is , there are still two other shooters whose existence we do not know , ” said Lanier . So far , he said , there has been no indication of motive .
U.S. President Barack Obama declared mourning over the incident . ” This act of cowardice , ” denounces Obama .
One offender who had been shot to death is indicated as an employee Navy ( Navy ) who changed their employment status at the beginning of this year . This information is based on information from federal authorities who asked for his identity undisclosed .
Still referring to the officials , the status of the job allegedly behind the attack , although not ruled out other motives , including terrorism .
A witness said the gunman firing from the top floor of a cafeteria and a man was also shooting at people in the hallway the other floor cafeteria . Could not be ascertained whether this witness identified two different shooters or the same person .
Approximately 3,000 people work at the center of the Navy Systems Command . This section acts build , purchase , and maintain Navy ships , including submarines and ships combat equipment .
Todd Brundidge , a witness , said that he and his colleagues faced a gunman on the third floor hallway . According to him , it pira wore blue . ” He just turned around and started shooting , ” he said .
Another witness , Terrie Durham , adding , ” He’s tall and not say anything . ” Durham confess , so realizing that he had issued a fire , he and his friends could only shout to warn people in the building to get out .
Meanwhile , Rick Mason , another witness , said that a gunman firing from the fourth floor of the building . According to him , target shooting is the people in the building cafeteria . Mason said they could hear the gunfire , but did not see the gunman .
However , Mason added that to reach his office , there are several levels of security to be bypassed . ” It makes me think ( the culprit ) maybe someone who works here , ” he said .
The other witnesses named Patricia Ward said , when the shooting occurred , he was in the cafeteria . ” That’s three straight shots in a row . Dor – bam – bam . Three seconds later , bam – bam – bam – bam . Approximately seven shots when we started running , ” he said .
” One victim died at George Washington University Hospital for a single gunshot wound in the left temple , ” said Babak Sarani , Director of Trauma and Acute Care Surgery .
Meanwhile , Janis Orlowski , Chief Executive Officer of the Washington Hospital Center , told reporters that the hospital was treating three gunshot victims in critical condition . One of them is a police officer and two civilians Washington women .
Orlowski said police suffered a gunshot wound in the leg . A woman suffered a gunshot wound in the shoulder , and the other had a gunshot wound to the head and hands .

Bus and Train Accidents in Canada,...