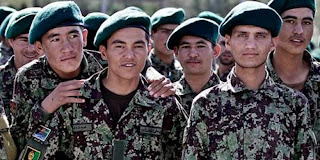 Meanwhile, according to AP, the release of which was signed also by the Ministry of Interior of Afghanistan known four provinces included in the cleanup operation is Kandahar, Uruzgan, Ghazni, and Helmand. “In total we caught 13 militants and wounding 15 others,“ the statement said.

Then, the statement said, military forces also seized 10 homemade bombs. The bombs found in Kandahar and Helmand. “Military operations also seized two improvised explosive devices from the other provinces of Laghman and Kunduz.

Additional information indicates that the combined forces have killed five Taliban militants and 2 in a shootout in Sari Pul. “One soldier was wounded in kejaidan,“ the statement said.

While, until this story uploaded, the Taliban has yet to comment on the joint operation.