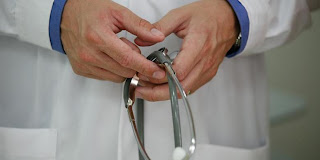 In South Korea (ROK), the doctor who “flirted“ with the pharmaceutical companies can get tough sanctions. According to the Ministry of Health and Welfare of Korea, as reported by the daily The Korea Times, Friday (6/9), at least 8,000 doctors are
now under a penalty from the government.

“We will strictly punish all who dare to take bribes doctors pharmaceutical companies anywhere. Punishment varies, ranging from license suspension to a fine practice, which adjusted the amount of money they received, “said one director of the ministry, Koh Deuk-young.

Mentioned, of all the doctors receiving kickbacks, 1,000 of whom received money “thank-you“ more than 3 million South Korean won (USD 31.7 million) in the last two years. Pharmaceutical companies pay them a sum of money due to be considered “loyal“ prescribe the company made​​.

From November 2010 to December 2012, revealed there are 8,000 doctors, about 9 percent of the total number of doctors practicing in South Korea, caught red-handed. So, still want to “play”?

Tokyo, the Next Host for Olympiad 2020