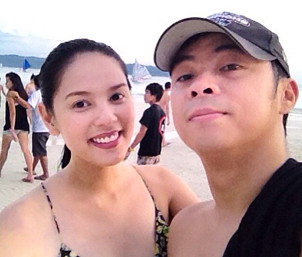 Undoubtedly, the circulation of the sex video is one of the hottest items on the web today, in fact, it also awakened the minds of many foreign internet users.

Due to the unintentional circulation of the video, Netizens warned their fellow users, they said everyone must exert extra effort to keep their computer files safe and secure to protect not only themselves but their families as well.

Right now, a lot of people especially women agreed that the sex video will break the credibility of Neri Naig, one of the finalists of “Star Circle Quest,” a talent search competition aired on ABS-CBN several years ago. Meanwhile, a few hours after the circulation of the sex video, Chito Miranda released another statement using his official Instagram account, he said “You can’t break us.”