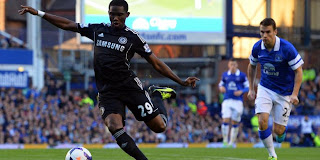 It was submitted relating to the performance of Eto’o in the Premier League match against Everton on Saturday (14/09/2013). A number of people assessing Eto’o trouble showing his best game, the game which Everton won 1-0.

“Samuel is a fantastic player. Look how to play, he can create good opportunities. That‘s why the manager (Mourinho) brought him here. Obviously Mourinho believe. Wait, the Premier League is very difficult and he has done the best,” said Mikel.

Mikel also compares debut Eto’o with his own experience when he first played for Chelsea.

“Chelsea’s first professional club and it took me six months to a year to adapt. Experienced players like Eto’o will not take that long. He’s a world class player. We need to play with him to help him adapt,“ said Mikel.

Ronaldo Likes To Stay in Real...