A prosecutor in Italy considering filing a lawsuit against Facebook. This was after the discovery of the alleged negligence that led to one of the Facebook users teenager committed suicide. As reported by Business Insider (31/7), these demands are addressed directly to the world’s largest social network, Facebook. Facebook allegedly failing to remove a piece of content that then leads to 14-year-old Italian teenage suicide.

The victim was Picchio Carolina who decided to stretch his life last January. This was done after he got a series of anonymous letters threatening her on Facebook.

Picchio receive messages containing vulgar which makes him uncomfortable. Prior to this anonymous letter himself, he got a video uploaded on Facebook and show behavior when drunk at a party.

Sister Carolina, Talita, had earlier told this to Facebook. Carolina with my friends, Talita reported canned messages and disturbing comments to Facebook.

Prior to stretch his own life, Carolina did last status update. “Sorry, I’ve had enough,” he wrote.

Facebook itself is actually consider that they have done the best. However, they are also sad Carolina should end his life like that.

“We remove the reported content violates our rules. We are very saddened by this tragedy,” said Facebook told CNN.

This is Carolina’s photos : 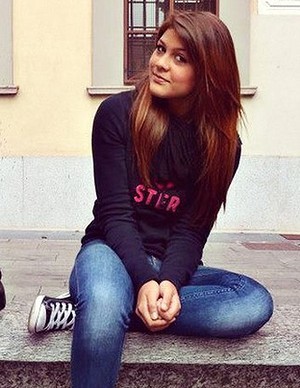 Personality According to Blood Type in Japanese Version