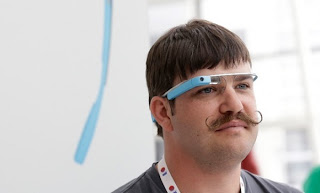 Google Inc. has received a patent for a technology to be used in advertising tracking sight. The technology makes it possible to determine the fact of viewing advertising messages and user response to it. In the particular case, advertisers can pay for the views of people on their ads – similar to the way they pay for “clicks” on your ads on the Internet.

Tools for tracking Google offers a view embedded in the glasses. The patent, which described the development does not directly mention Glass – Google created a computer in the form of points – but the application was filed in 2011, when Glass had not yet been submitted.

Information about the direction of the user’s gaze points sent to a remote server, which is analyzed. Relying on it, it can be established whether the user saw the ad, how long he looked at it and whether it has caused him emotional response (determined by dilation of the pupil).

The technology can be used both in online advertising, and in the real world of advertising (billboards or ad pages in magazines). In the latter case, the spectacles must be still camera looking in the direction “from the user.” Image from the camera is sent to the server along with the data on the movement of sight, and then the information is compared.

So far, Google has not announced any advertising of products associated with tracking sight. First, a limited batch of glasses Glass company released in February 2013. The serial version of the device will be released in late 2013 or in 2014.

Do You Know ? Condom is Good for Miss V

Hmei7, Indonesian Defacer are up to...

WhatsApp Vs BlackBerry Messenger, Which is...