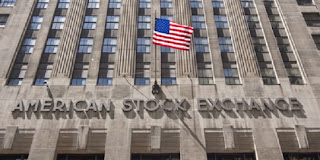 Stocks on Wall Street surged on Monday (09/09/2013) local time (Tuesday morning GMT), boosted by optimism that a possible military strike
against Syria could have been avoided.

Stocks opened higher on Monday morning after a strong export data from China showed a better time for the second largest economy in the world.

Meanwhile, Japan’s economic growth in the second quarter reached 0.9 percent, up from the previous quarter and above the 0.6 percent forecast previously.

Rally in the market was given further strength to the Russian proposal to put a Syrian chemical weapons under international supervision.

The U.S. reacted cautiously over the plan, which comes as President Obama faces a skeptical reception in Congress over plans to launch a military attack against Syria.

Stocks moved higher during the day and stay fairly high until closing.

“The market seems to be anticipating that an attack on Syria can be avoided and an agreement can be reached,“ said Peter Cardillo, chief market economist at Rockwell Global Capital.

US to extend some embassy closures...

Obama : Assad Should Have Accountability...