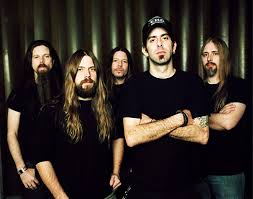 The U.S. metal band, Lamb of God, not allowed to perform in Malaysia, because it could violate religious sensibilities. The plan, Lamb of God will be performing on 28 September 2013 in the country. However, the Ministry of Communications and Multimedia Malaysia does not permit stage.

Is the concert said that the Lamb of God and the metal genre has been “misinterpreted”.

Last week, The Star newspaper reported that plans Lamb of God concert in Malaysia was opposed because it displays the song lyrics that mixed metal with quote verses of the Quran.

In their statement, the Lamb of God regretted that the parties concerned insulting their music and lyrics, as only a cursory look at the content and meaning of their songs.

“We will invite everyone who feels insulted by our music to engage in discussions about the real motivation behind our work, especially before we memfintah openly based on assumptions and misinterpretations are not unfounded,” the statement Lamb of God.

In 2010, the band’s main personnel, Randy Blythe, was charged with manslaughter, after allegedly pushing a fan on stage in concert at Republic. The fan suffered head injuries and died a few weeks later, but Blythe was cleared by the court.

Not the first time appearance Malaysia banned foreign musicians. For example, seven years ago, organizers of the Pussycat Dolls concert in Malaysia was fined because it was decided had violated decency laws.

Super Junior fill the arena with...

Otsuka Ai to release her first...