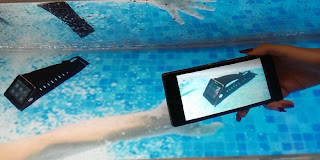 Sony released a new Android smartphone, the Xperia Z1, Thursday (05/09/2013). For this one product, Sony rely on the ability to
take pictures.

In–camera smart phone market, Sony is not playing alone. Japanese company to deal with competitors who must first join this competition, namely the Lumia Nokia 1020 and Samsung with the Galaxy S4 Zoom.

The three companies together produce a smart phone with a 15 megapixel image sensor exceeds.

The difference, all three have very different specifications. Meanwhile, there are also differences in terms of the platform.

Who is more superior in terms of hardware specs? Find the answers in the table below.\ 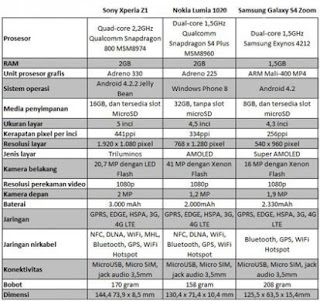 Lamb Of God Banned To Shown in Malay