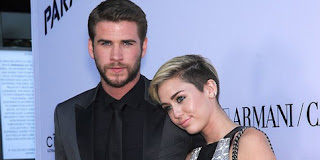 After several months of dealing with problems, finally Miley Cyrus and Liam Hemsworth announce bad news. The pair have canceled their engagement.

Spokesman for the couple officially announced this through People magazine on Monday (16/9). After several months of dealing with problems, eventually parting regarded as the best path.

The breakup news is not something surprising. Miley decision–clicking unfollow Liam on Twitter is clearly a hint that their relationship has entered a period of crisis.

Though the pair has been in a relationship since 2009, when they both starred in THE LAST SONG. June 2012, Miley announced that they are officially engaged.

Their rift began to smell even before Liam caught alone with January Jones. Reportedly, Miley controversial behavior at the MTV VMA 2013 then be topped up their quarrel.

A Man Destroys his BMW Car in Protest