Gorme, who hailed from the Bronx and was part of a singing duo with husband Steve Lawrence, died in Las Vegas. No cause of death was announced for the ‘Blame It On the Bossa Nova’ singer, but she was reportedly suffering from cancer. 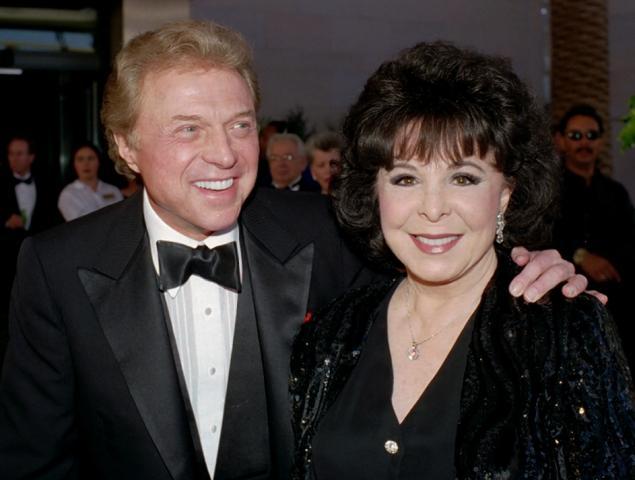 Eydie Gorme, a Jewish girl from the Bronx who alongside her husband Steve Lawrence became a one-name star before Madonna was born, died Saturday in Las Vegas. She was 84. No cause of death was announced, though she reportedly had been suffering from cancer. Her representative Howard Bragman said Lawrence and their son David were at her side.

Lawrence issued a statement saying, “Eydie has been my partner on stage and in life for more than 55 years. I fell in love with her the moment I saw her and even more the first time I heard her sing.

“While my personal loss is unimaginable, the world has lost one of the greatest pop vocalists of all time.”

Gorme’s recording career, first solo and often later with Lawrence, lasted close to five decades. While she and Lawrence were best known for ballads in the classic pop style, her biggest hit was a semi-novelty dance tune, “Blame It On the Bossa Nova.”

The single sold a million copies and peaked at No. 7 on the pop charts in 1963. Long before she retired in 2009, she and Lawrence were better known for their stage act, which was known throughout the nightclub and Las Vegas world as just “Steve and Eydie.”

A signature of their act was banter about their marriage, foreshadowing a gambit that would later work well for Sonny and Cher.They toured with Frank Sinatra, among others, and were fixtures on television for years. They had their own variety show early in their career, but it was cancelled when Lawrence was drafted.

While much of their material was popular standards, they were also known for taking songs from the new wave of 1960s writers and performing them in a classic pop style.

Gorme was particularly successful in the Latin market through the ’60s and ’70s, recording several albums in Spanish.

She was born Edith Garmezano, daughter of immigrant Sephardic Jews. She graduated from Taft High School, a classmate of director Stanley Kubrick, and used her fluency in languages to work as an interpreter at the United Nations.

She cut her first record in 1950, “Powder and Paint” with the Tommy Tucker Orchestra. She sang with Tex Beneke’s band before going solo in 1952. She met Lawrence when they were both cast regulars on Steve Allen’s “Tonight Show” and they married in December 1957.

Besides David, they had another son, Michael, who died in 1986 at the age of 23 from an undiagnosed heart condition. After his death, Gorme and Lawrence took a year off from touring. Gorme’s career awards included a Grammy, an Emmy and induction with Lawrence into the Songwriters Hall of Fame.

Hmei7, Indonesian Defacer are up to the world

10 Crazy thing, which can lead to Orgasm