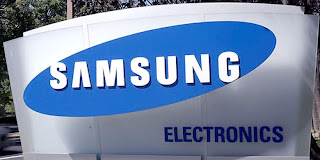 When it began to enter the market on Sept. 20 , the iPhone 5S smartphone from Apple will be the first and the only one equipped with 64 – bit processors in the form of Apple A7 chip .

Benefits of 64 – bit processors on a mobile gadget is still debated , but the move sparked Apple ‘s biggest competitor doubt , Samsung , to take a similar path .

Reported by AllThingsD , Head of Mobile Devices Samsung JK Shin said it is developing a 64 – bit processor . ” It may not be out any time soon , but yes next smartphone ( Galaxy S5 ) of us will carry the 64 – bit processing technology , ” said Shin .

Although the chip is actually fairly still very powerful , Samsung wanted to take advantage of 64 – bit architecture in the future to deal with applications that greedy data sources .

In the context of exploiting opportunities in the future , 64 – bit proseor gadget sounds reasonable . However , how their relevance in today’s computing needs ?

” 64 – bit processing can not add anything at this time because the user experience is necessary to feel it more than 4 GB of memory , ” explained Moorhead . One of the advantages of 64 – bit processor compared to 32 – bit is able to read and utilize the memory ( RAM ) capacity above 4 GB .

” Most mobile phones now only have 1 GB of memory up to 2 GB . Took many more years before a 4 GB to a new standard , ” said Moorhead .

Benefits of 64 – bit issue was not as simple as adding the amount of RAM as it will also increase the power consumption of a negative impact on battery life .

However , no denying that Apple has stepped ahead of its competitors in this regard . Apple not only made ​​a 64 – bit processor , but also designed the iOS operating system 7 to be able to take advantage of 64 – bit processors .

Apples bearing the company is also setting up application development tools that third-party developers can also take advantage of the new architecture .

As for Android , Google OS so far it has not transitioned to 64 – bit . Before that happens , the phone apparently promised 64 – bit Samsung can not be fully utilized .