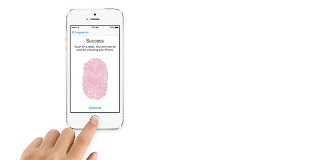 iPhone 5S has been officially introduced. In addition to new color options of silver and gold, Apple also embed a numberof exciting new features in this latest iPhone handset.These features add to the attraction than the previous iPhone iPhone 5S, as well as make it more relevant to current developments.
What are the new things to offer the iPhone 5S? Here’s the explanation, as quoted from The Verge.