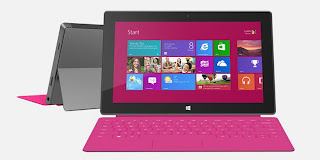 Microsoft is working to make the iPad users to switch to Microsoft’s tablet, Surface.

The way in which Microsoft is a bit unique.
They create a program, will “buy“ or swap iPad 2, 3, and 4, owned by consumers with some sort of voucher or gift card with a value ranging from 200 U.S. dollars, or approximately USD 2.2 million.

However, as quoted from The Verge, Saturday (14/09/2013), there are requirements that must be met for the iPad owners who are interested. Owned products must be in good condition, not damaged alias. The offer is only valid in the U.S. Microsoft Store and Canada. Applicants must come to the store and could not make the switch via online.

This promotion is only valid until October 27, 2013 to come.

Until now, the Surface does not bring significant benefits for Microsoft. In the fourth quarter of fiscal year 2013, the device was even known to have made a big corporation with its Windows product is losing up to 900 million U.S. dollars.

Various attempts have been made to make consumers switch to tablets. One of them, cut the price of Surface RT up to 30 percent globally. Microsoft has also provided U.S. $ 100 discount for Surface Pro products.

Still has not reached the desired level of popularity, Microsoft will release a second generation Surface on 23 September 2013 at a special event in New York, USA. Given a new exchange program will be completed in October, enthusiasts can certainly use vouchers 200 dollars from Microsoft to buy this second-generation Surface.

Obama : Assad Should Have Accountability for Chemical Weapons