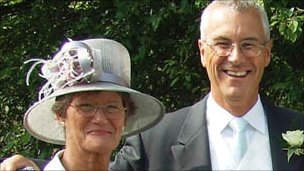 A man has been charged with gross negligence manslaughter over the death of a man who was killed by a bull while walking in Nottinghamshire.

Roger Freeman died in November 2010 while walking with his wife through Underhill Farm at Stanford-on-Soar.

Paul Waterfall has been bailed to appear at Nottingham Magistrates’ Court on 21 August.

The Crown Prosecution Service (CPS) said Mr Waterfall was responsible for the farm when the attack happened.

Alison Norton, specialist prosecutor for the CPS, said Mr Freeman was killed while walking on a public right of way.

“I would like to extend my deepest sympathies to the family of Roger Freeman,” she added.

“I have concluded there is sufficient evidence and it is in the public interest to charge Paul Waterfall.

“Criminal proceedings are now under way and Mr Waterfall has a right to a fair trial.”